To share your memory on the wall of Mark S. Peña , sign in using one of the following options:

Provide comfort for the family by sending flowers or planting a tree in memory of Mark S. Peña

Provide comfort for the family by sending flowers or planting a tree in memory of Mark S. Peña

Print
Oct. 23, 1962-March 29, 2020
Mark S. Pena passed away peacefully at his home in Edinburg on Sunday, March 29. He will be missed by his loving wife, Michelle and their children Gabriel, Luke, Isabelle, Juliette, Anna and Esteban. He is also surv... Read More
Oct. 23, 1962-March 29, 2020
Mark S. Pena passed away peacefully at his home in Edinburg on Sunday, March 29. He will be missed by his loving wife, Michelle and their children Gabriel, Luke, Isabelle, Juliette, Anna and Esteban. He is also survived by his parents L. Aron Pena, Sr. and Sylvia Pena; and brothers Aaron Pena, Jr.; Eric Pena;sister Evie Pena -Shives; Jeff Pena; and Dominic Pena; his large extended family and countless friends. Although the last few months of his life were colored by his battle with ALS/Lou Gehrig's, what he will most be remembered for is his intense love of life, nature, and gift for bringing people together.
Mark was truly a son of Edinburg and began many lifelong friendships during his Bobcat days.He received his Bachelor of Arts degree in Philosophy in 1984 from the University of Texas, Austin, where he also pursued studies in Music including Vocal & Opera Performance. Mark had a lifelong love of music and shared his baritone voice with many choirs, among them: the San Antonio Master Singers, Austin Chamber Choir, St. Louis Catholic Church Choir and the Valley Symphony Chorale. He earned his law degree in May 1999 from Texas Wesleyan University School of Law (now Texas A&M University School of Law), receiving honors as a Law Review Invitee and was selected as Commencement Speaker by his classmates. He is a member of the State Bar of Texas, the Hidalgo County Bar Association, and the American Bar Association. Before joining the State Bar, he was a Real Estate Agent, a Right of Way Agent, and Civil Rights Investigator with the Texas Department of Transportation.
After law school, Mark returned to the valley and worked with both the Law Offices of L. Aron Pena and Aaron Pena. In 2001, Mark joined Scott & Lewis, and later, Lewis, Monroe & Pena as a partner in the law firm.Mark served as counsel for Edwards Abstract and Title Co. for the offices in Hidalgo and Cameron counties. Edwards was his second home, and the team there a second family. Mark was a frequent speaker on Real Estate and Title Insurance matters, as well as sustainable urban planning, development and transportation issues. Mark had a profound innate sense of social justice, loved his community, and was involved in countless efforts to help make Edinburg & the Rio Grande Valley better for each person. Among these activities, he served as a Director for the Edinburg Economic Development Corporation, Chairman of the Edinburg Environment Advisory Board, Edinburg Cool Cities Campaign Chair, Chair Ebony Hills Ad Hoc Committee, Edinburg Tree Board Chair, and membership in efforts for Edinburg Downtown Development, Planning & Zoning and was proud to represent Edinburg for All American City in 2019. He is a Past President of the Edinburg Rotary Club and was named a Paul Harris Fellow by the Rotary Foundation of Rotary International. He is also the recipient of the American Planning Association's 2010 Texas Chapter Award.One of Mark's great passions was the environment, he served as Chairman of the Lower Rio Grande Valley Sierra Club and was the founder of the Ciclistas Urbanos, a group which was formed to help advocate for cycling in the Rio Grande Valley. He also served as a board member at the state level for Bike Texas.
Mark was driven by a deep respect for the fundamental value of each person. He loved a good discussion and kept many lively conversations going on Facebook and loved the connections he was able to maintain there. He was very happy to be known by several close friends as their one and only favorite liberal. He wore the title of "tree-hugger" proudly and one of his favorite past-times was taking a walk or bike ride. He was especially proud that all his children acquired his love of the outdoors. Mark embraced life fully and in the midst of all his causes, he made time to be an amazing father to his kids and the wonderful friends they brought to his home. If he was not outdoors, he could be found sharing a meal, singing along with a song and creating his own lyrics, and dancing because life should be celebrated.
There will be a private family service on Friday, April 3rd under the direction of Memorial Funeral Home in Edinburg. A Memorial Celebration is being planned for late June, when we all hope to have the ability to gather together. In lieu of flowers, donations may be made in Mark's name to Valley Land Fund and Bike Texas. Mark would also be honored to have a tree planted and cared for in his name.
Read Less

To send flowers to the family or plant a tree in memory of Mark S. Peña , please visit our Heartfelt Sympathies Store.

Receive notifications about information and event scheduling for Mark S.

There are no events scheduled. You can still show your support by sending flowers directly to the family, or planting a memorial tree in memory of Mark S. Peña .
Visit the Heartfelt Sympathies Store

We encourage you to share your most beloved memories of Mark S. here, so that the family and other loved ones can always see it. You can upload cherished photographs, or share your favorite stories, and can even comment on those shared by others.

Posted Apr 02, 2020 at 02:05pm
I knew Mark from the Valley Symphony Chorale, where we sang together. He always had a kind and friendly word for those around him. We had quite a few brief but pleasant conversations before rehearsals began.
Comment Share
Share via:
P 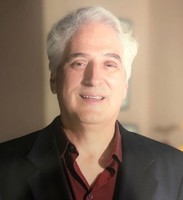