To share your memory on the wall of Homero Cano, sign in using one of the following options:

Print
Homero Cano passed peacefully to be with the Lord on July 19, 2020.

He was a dedicated educator who cared about his students, staff, colleagues, and friends so much. He was so committed to making a positive difference in his student's li... Read More
Homero Cano passed peacefully to be with the Lord on July 19, 2020.

He was a dedicated educator who cared about his students, staff, colleagues, and friends so much. He was so committed to making a positive difference in his student's lives. He would tell his family, "I care about my students because they are someone's child and I think of my own children when I see my students. Just like I want my children to be treated with respect, love, and given the best, I want that for these kids." Empathy, compassion, integrity, and love were some of the greatest gifts he ever gave us. He leaves behind such an amazing legacy. As principal of Austin Elementary, he lead his students, and staff to achieve and receive the greatest honor of being recognized as a National Blue Ribbon School in 2017 in Washington, D.C.

He highly valued education, a value his wife shares. Their three children were supported and encouraged to pursue educational excellence thus, all are college graduates. Each of his children's graduations were highlights in his life. His most recent highlight was the graduation of his eldest, Monique Tenay Cano, Ph.D.

Homero loved his family more than anything else in this world. He was married to Ernestina E. Cano for 34 years. He would leave his children in awe at times for how much he loved their mother and how he expressed his love. His gestures, big or small, would stop his children in their tracks, which would have them reflect upon the love that he conveyed because it was so great and genuine. His children were his absolute pride and joy. He loved them with every fiber of his being and they all felt it. Conversation and family time around the dinner table was what he loved most. He enjoyed breakfast with his sister, Irma, every Saturday. His passion was traveling and he was always looking forward to the next big trip. He loved surprising his wife, Ernie, with vacations, which filled the Cano home with such excitement. He loved to joke, have so much fun, and his smile was absolutely heartwarming.

He was such an animal lover, he enjoyed playing with his German Shephard, Rocky and his Labrador Retriever, Charlie. He would sing to his dogs and that would make everyone giggle with joy. He made such a profound impact on so many people's lives during his time here. We know the gates of heaven were opened for him on July 19 and that God welcomed his son with open arms. He was an angel on earth and he will now be looking down on all of us, caring for us, as an angel from above.

Visitation will be held from 5 to 8 p.m., with a 6 p.m. rosary Friday, July 24, 2020, at Memorial Funeral Home, 208 E. Canton Rd., Edinburg, TX 78539. Funeral mass will take place at 12 noon Saturday, July 25, 2020, at St. Joseph Catholic Church in Edinburg. Interment will follow at Palm Valley Memorial Gardens in Pharr.
You may participate in the rosary via Zoom, using meeting ID 839 3113 6527. You may view the Funeral Mass on YouTube at st.josephchurchedinburg or on Facebook at StJosephEdinburg.

The Cano family very much appreciates your continued prayers.

Funeral services are under the direction of Memorial Funeral Home in Edinburg.
Read Less

To send flowers to the family or plant a tree in memory of Homero Cano, please visit our Heartfelt Sympathies Store.

Receive notifications about information and event scheduling for Homero

There are no events scheduled. You can still show your support by sending flowers directly to the family, or planting a memorial tree in memory of Homero Cano.
Visit the Heartfelt Sympathies Store

We encourage you to share your most beloved memories of Homero here, so that the family and other loved ones can always see it. You can upload cherished photographs, or share your favorite stories, and can even comment on those shared by others.

Vicenta Cabriales, Cindy Saenz and Bilingual/ESL Department, and other have sent flowers to the family of Homero Cano.
Show you care by sending flowers

Posted Jul 25, 2020 at 01:13pm
Monique, you are a reflection of your dad.Your first love, will always be with you. He is now your angel looking after you forever and always.

Posted Jul 24, 2020 at 11:54pm
Mrs. Cano
My deepest condolences to you and your family. May God give you the strength and serenity to carry on this immense loss. Lo siento mucho Mrs. Cano.
Martha Sánchez (former teacher at Freddy González Elem and former high school student).
Austin, TX
Comment Share
Share via:
JG

Posted Jul 24, 2020 at 08:27pm
My deepest condolences to Homer's wife and family. Homer was a great friend which I knew since our freshman year at PSJA Austin Jr. High. We spent a lot of good times fishing and hunting. Eventually we each married and went our separate ways with our own families, but the friendship endured. A phone call or text from one or the other just to see how we were doing. We spoke about getting together to go fishing again, but for whatever reason, it did not happen. Again, my condolences to his entire family and may God give all of you the strength to get through this very difficult time.

Rest in peace my friend.

Posted Jul 24, 2020 at 06:34pm
My deepest condolences to the Cano family. I am forever grateful for Mr. Cano. He gave me my first opportunity to be a teacher. He was a great leader and his legacy will continue to live on. My thoughts and prayers are with his family.
Comment Share
Share via:

Posted Jul 24, 2020 at 01:57pm
Mrs. Cano and family,
We are deeply saddened by the news of Mr. Cano's passing. We pray that God will grant you strength and peace. Our most sincere condolences.
Comment Share
Share via: 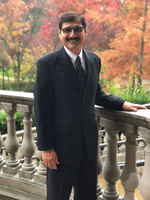