To share your memory on the wall of Baldemar Zuniga, sign in using one of the following options:

Provide comfort for the family of Baldemar Zuniga with a meaningful gesture of sympathy.

EDINBURG- Baldemar Zuniga went to be with the Lord on July 30, 2019 at the age of 81 while surrounded by the ones he loved. He was born in Mercedes, TX on May 4, 1938 to parents Florencio Zuniga and Anita Jimenez-Zuniga,... Read More
BALDEMAR ZUNIGA

EDINBURG- Baldemar Zuniga went to be with the Lord on July 30, 2019 at the age of 81 while surrounded by the ones he loved. He was born in Mercedes, TX on May 4, 1938 to parents Florencio Zuniga and Anita Jimenez-Zuniga, who along with his younger brother Sigifredo, preceded him in death.

His happiest moments were when the entire family was together. During these times, he could be found spoiling his eight grandchildren: Lauren and Breezy Zuniga; Michael Ben, Laurel and Maura Pena; Hannah, Zoe and Zander Zuniga; and his one great-grandchild, Cora. There was nothing Papo enjoyed more than getting the family together for their annual summer vacation.

His commitment to serving others extended to the workplace. While employed with the Texas Employment Commission and Department of Human Services, he was a key member in the implementation of the food stamp program in the Valley. He served in the Texas Army National Guard during the Cuban Missile Crisis and retired from the military as a Captain.

A passion for fishing, hunting, and the outdoors led him to become a Boy Scout Leader. While attending college, he performed with the folklorico team and took his love of dancing to the Order of the Alhambra and Club Amistad. His track and football experience in high school allowed him to outdo his family every year at the Susan G. Komen Race for the Cure, where he ran in memory of his daughter Marta Zuniga-Harding.

He will be remembered by friends and family for his fervent spirit, his endless generosity, his steadfast dedication, and his proverbial “dichos” that live on through others.

Funeral services are under the direction of Memorial Funeral Home in Edinburg.
Read Less

We encourage you to share your most beloved memories of Baldemar here, so that the family and other loved ones can always see it. You can upload cherished photographs, or share your favorite stories, and can even comment on those shared by others.

Posted Aug 01, 2019 at 08:39pm
Today and always, may loving memories bring you peace, comfort, and strength. With heartfelt condolences.

Flowers were purchased for the family of Baldemar Zuniga. Send Flowers

Posted Jul 31, 2019 at 04:56pm
We will always cherish our fond memories of Baldemar, especially the example he set as a loving & caring husband & father. With our deepest sympathy,

The FTD Treasured Tribute Wreath was purchased for the family of Baldemar Zuniga. Send Flowers

Posted Jul 31, 2019 at 04:27pm
Mr. Zuniga was one of the kindest men I ever met!!! Like I told Gloria, he was a true example of a life well-lived and a wonderful role model. Further, he developed a special bond with my Dad as they had both worked for TEC and enjoyed going to Bobcat football games together. His one-liners and gentle scolding of "Gloriana" when he found some of her adolescent attitudes and actions were classic, and I think of them often. One of the funniest (which still comes to my mind every time I hear this song) is him thinking that the Bee Gees song "More Than a Woman" was "Bald Headed Woman". "Aye, Gloriana! Not that "Bald Headed Woman" song again!" Heaven's gain is our loss. Many hugs and condolences to all--esp. Mrs. Zuniga.
Comment Share
Share via: 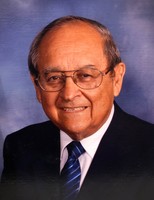 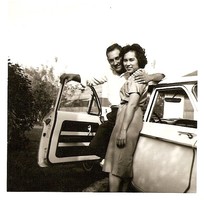